IF YOU MAKE SOMETHING, MAKE IT WELL

This value has become a mantra within the creative department at PTX. It guides the intent and attention to detail of every product we design. While this is a newly cast value for the company. For me the concept was instilled in me from a very young age.

I grew up in a family of craftsmen. My parents’ lack of financial resources was compensated for by ingenuity and skill. From the art on the walls to the walls themselves, there was very little in our home that wasn’t designed and built by my parents. Today, my dad writes this off as champagne taste on a beer budget, but I think it’s more than that. It’s a practical level of care and attention to detail that most don’t get the privilege of being exposed to early in life. It’s not about having fancy things. It’s the idea that if you’re going to bother making something, make it well.

My first son, Folsom, was born last summer. He’s adorable, and I love him, but we won’t digress into that here. Long story short, I wanted to make something for him that was functional, beautiful, and celebrated his first year roaming the earth. An heirloom that could be used and abused and passed along for generations. I decided on a sled.

The traditional child’s pull sled has several variations, but a few features remain consistent. Each sled consists of steam-bent wood runners tied together by a platform with sides. With that in mind, my dad and I got to work.

Step 1: Source the green wood needed for the runners and the bent pieces for the sides. We cut up a recently fallen oak tree at my parents’ house and milled it down until we had the parts we needed. We then steamed each piece and bent it around a form to get a consistent, repeatable curve for each area of the sled.

Step 2: After a month of drying in clamps. I was able to take those pieces and start to shape them into their final dimensions and begin to plan out the construction of the rest of the frame and platform. This is where I got to get a little creative, forming the overall profile of the sled but also adding unique features like aluminum-lined holes for additional paracord gear storage. It took roughly a month to complete the structure.

Step 3: By the time I got to designing graphics and finishing the sled, we had come up with a name (Ursa Minor) and created a monogram for Folsom as an added touch. Finishing took an additional 2 weeks and multiple coats of polyurethane. Once it was dry, all that was needed was the addition of metal wear guards on the runners, the rope, and a taillight.

Luckily there was still snow on the ground by the time I finished it. We hit the trail as soon as it was done, and Folsom loved it. Let’s be honest, I could have bought a sled for him. It would cost less, be less work, and he would get the same level of enjoyment from it. So why put in the extra time and effort? I hope that, like me, he will look back and appreciate that it was things like this sled that, in a small way, helped inform his own set of values and sense of pride in craftsmanship. As a side note, I know he’ll feel so guilty about throwing out something made by his dad and grandfather that it will be around for generations. 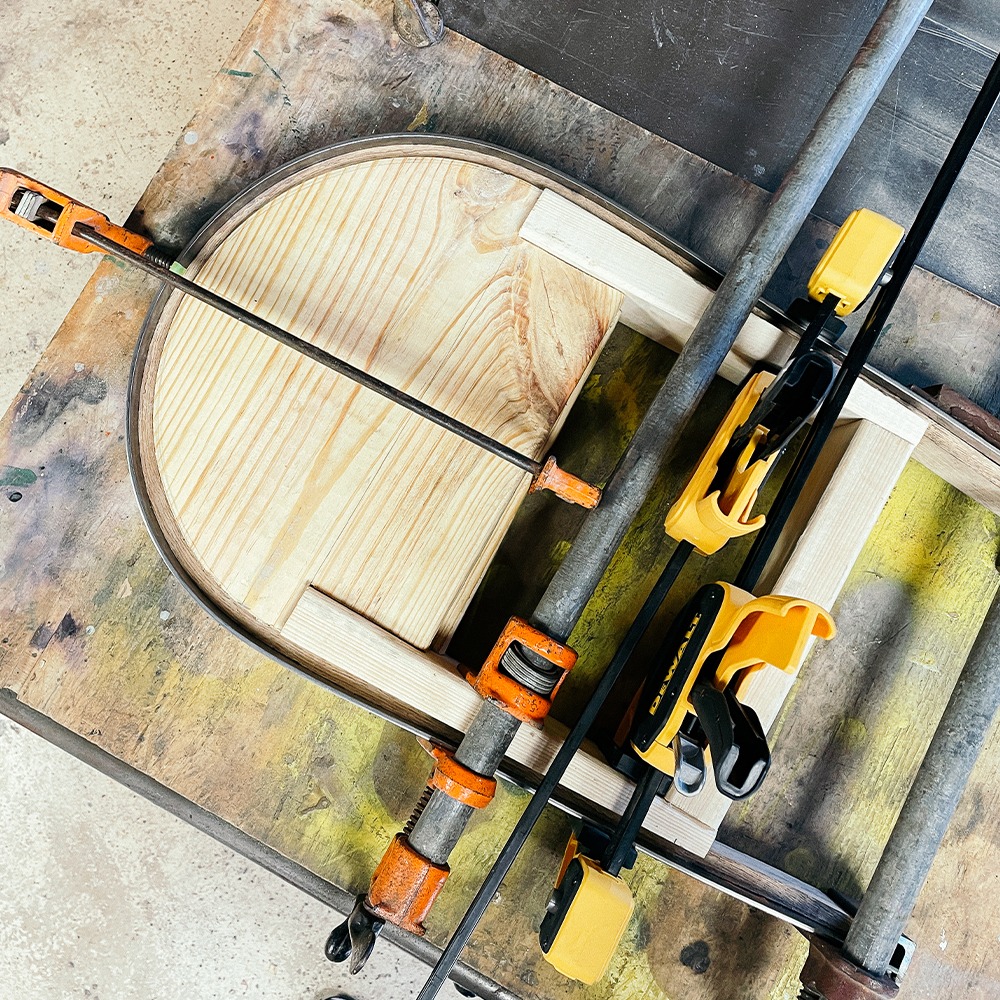 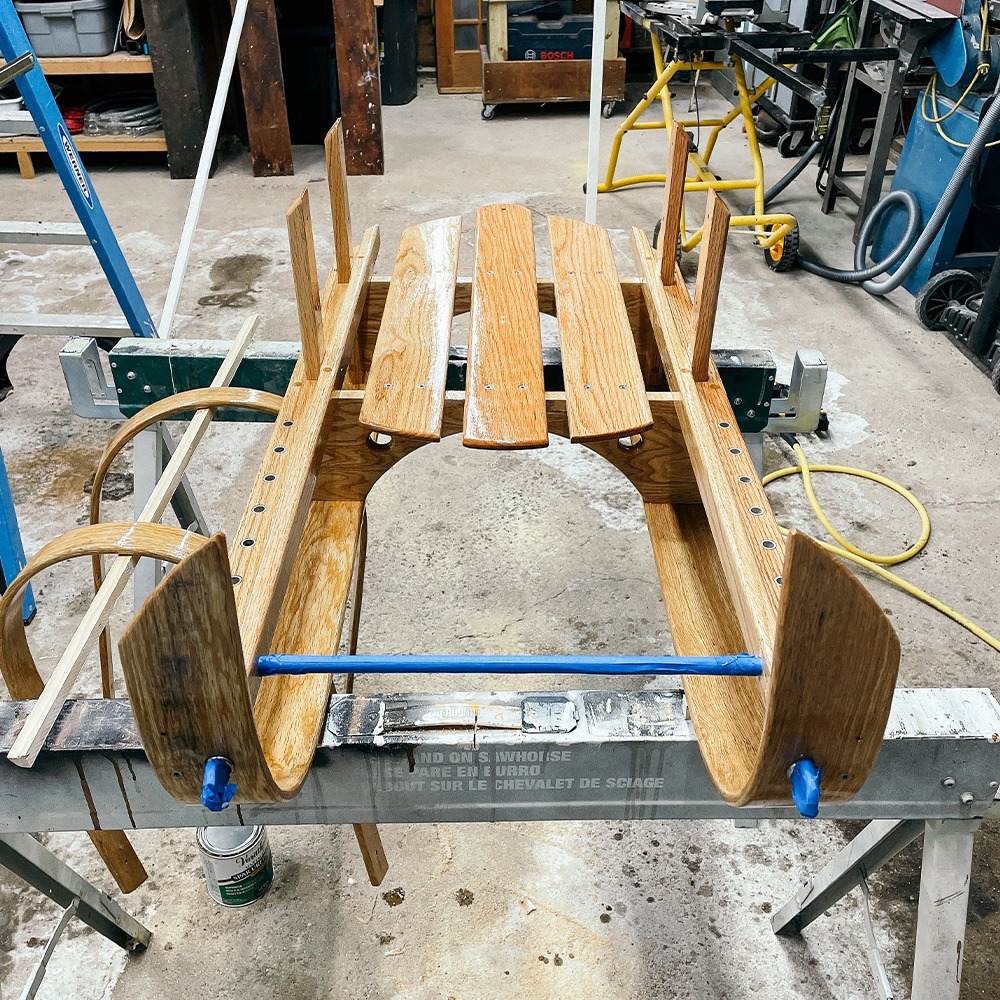 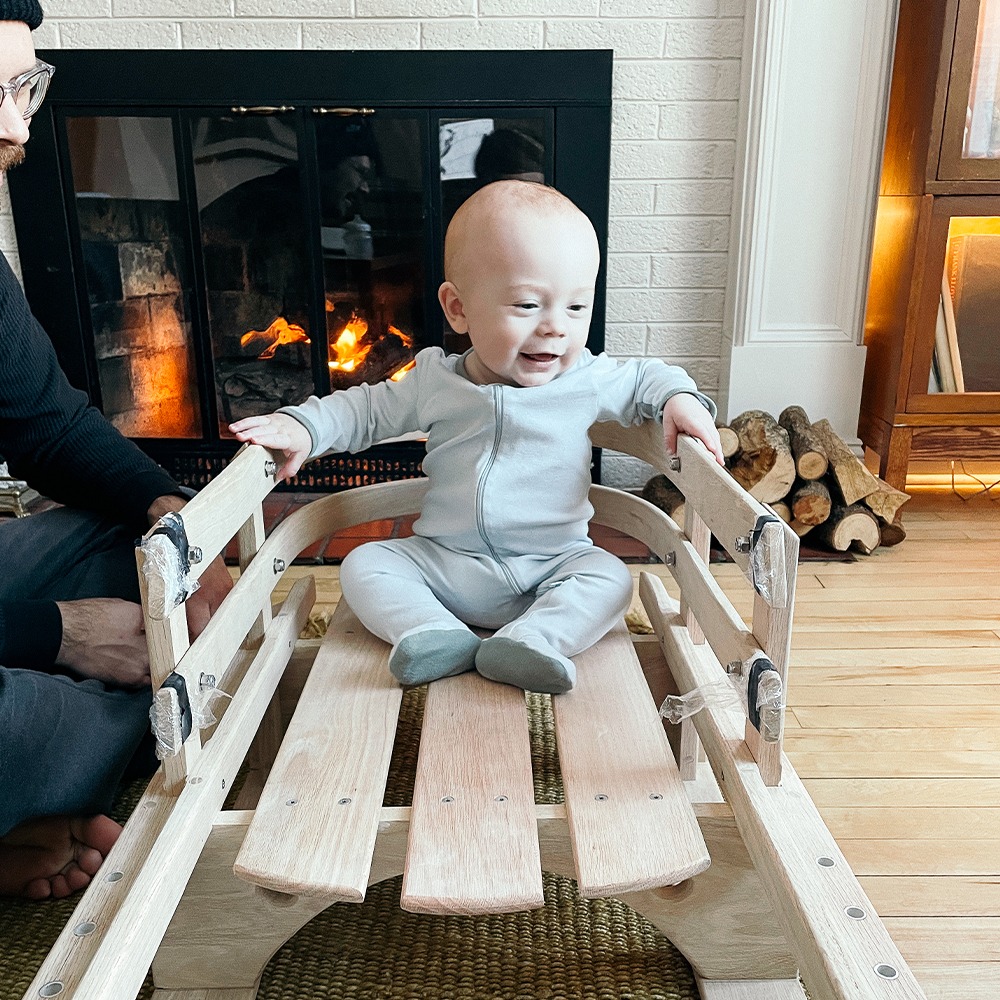 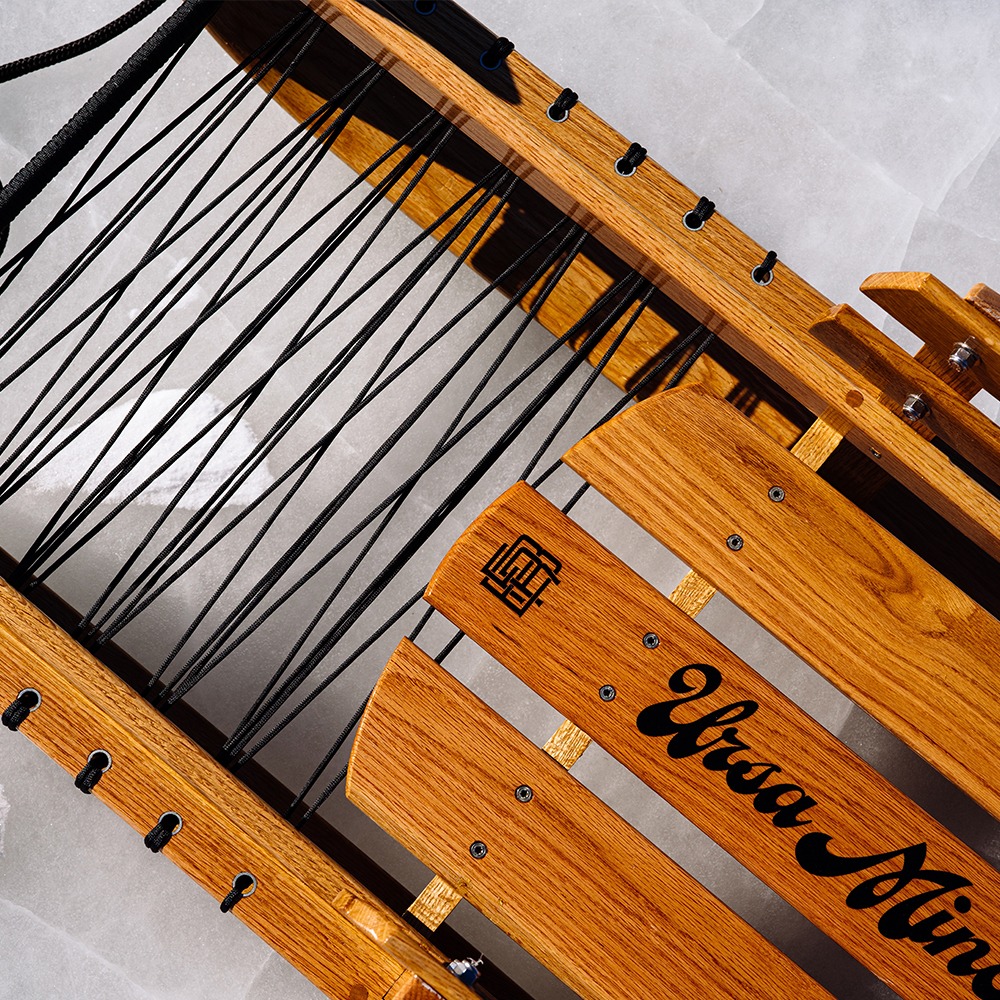 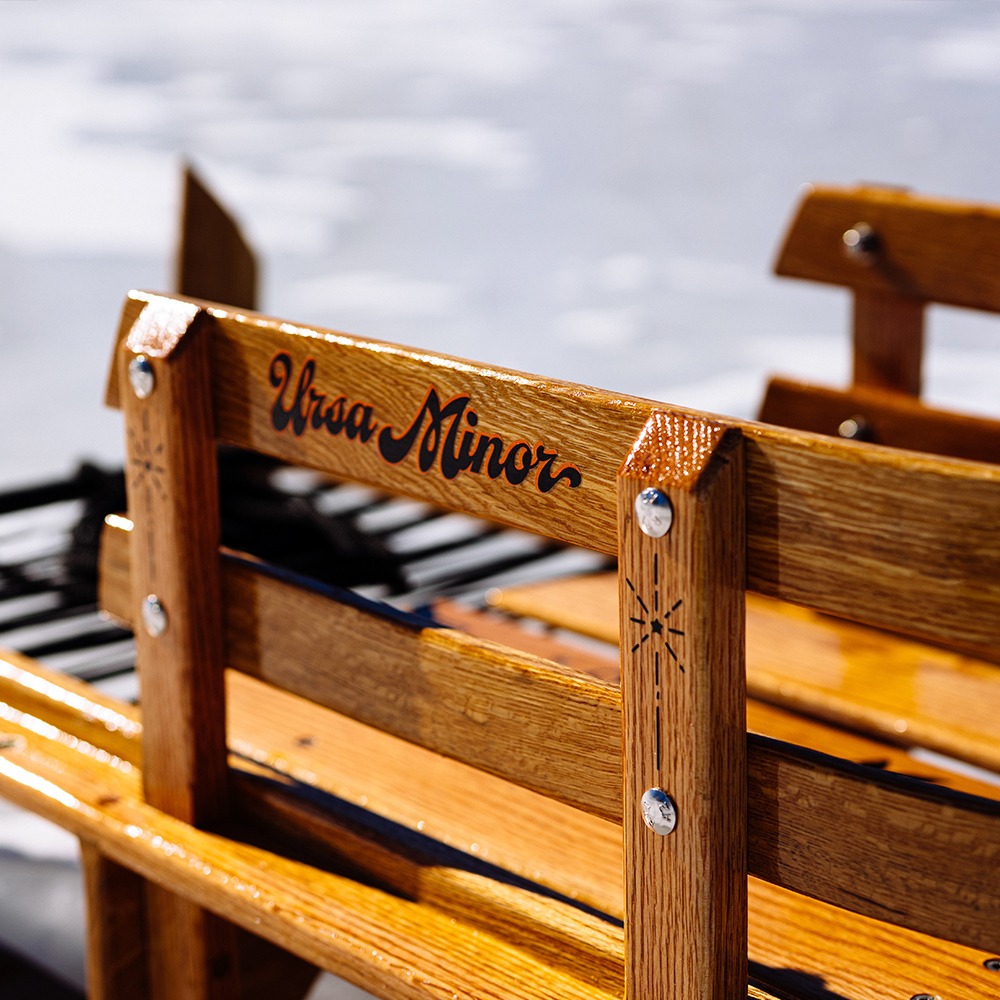 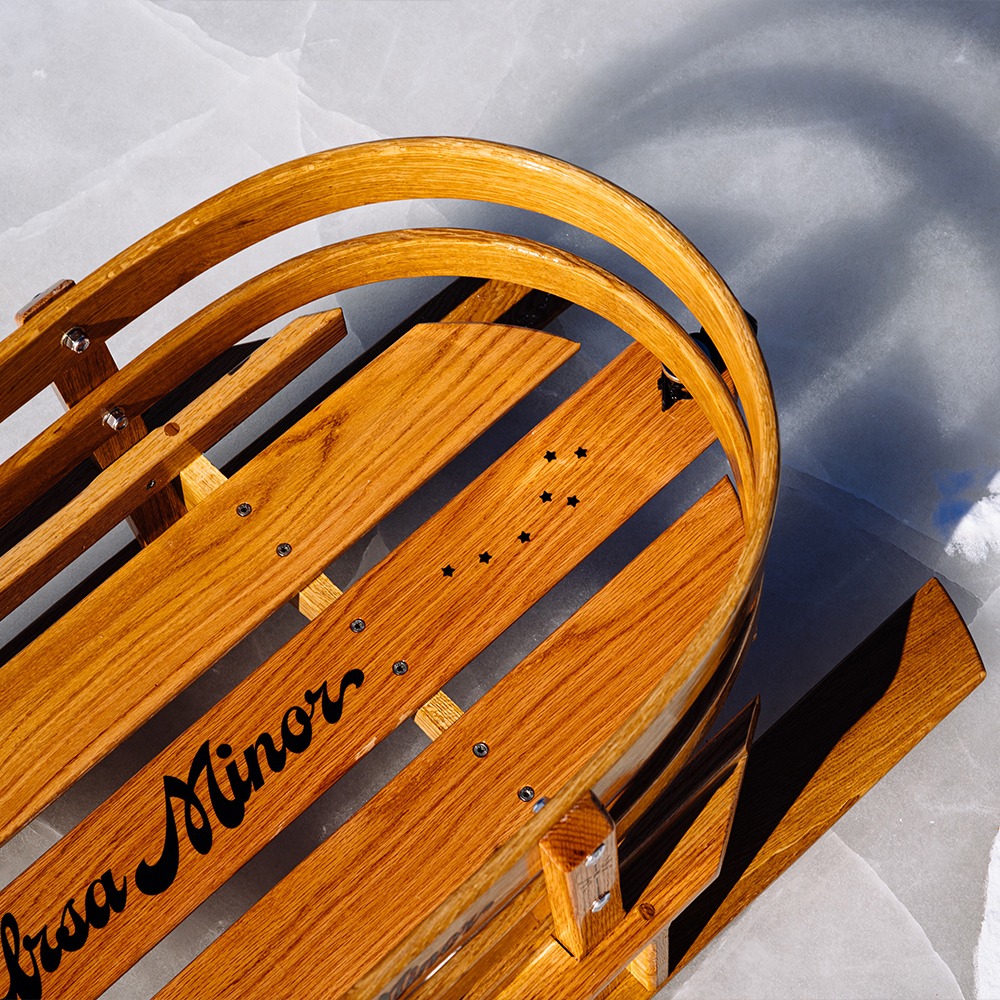 More of our stories

ALWAYS ON
THE MOVE

Find and learn more about available careers at Powertex.